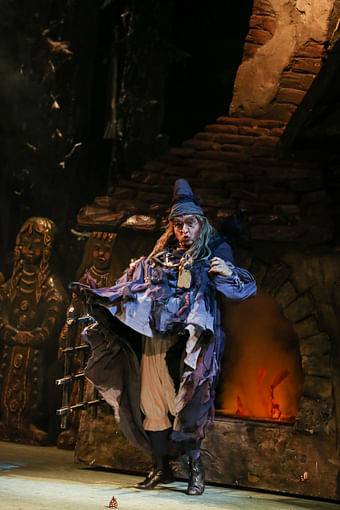 In this well known opera based on the Grimm's fairy tale, Hänsel and Gretel are sent into the woods by their mother who scolds them for playing instead of doing household chores. They lose their way and must spend the night in the woods. Upon waking they find a house made of sweets surrounded by gingerbread children but are captured by an evil witch. The children outwit the witch, freeing the gingerbread children before being happily reunited with their parents.