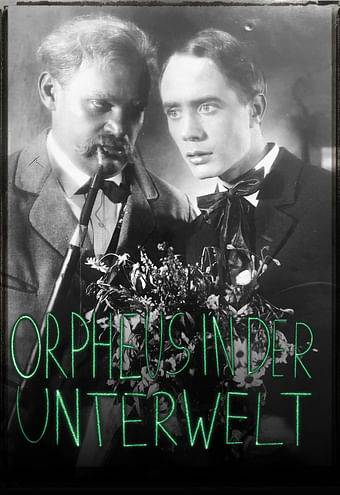 There is none of the mythical world of earlier settings in Offenbach's work. In his Orpheus in the Underworld, first performed in 1858 in the Parisian theatre of the "Bouffes-Parisiens", we experience Orpheus as a bored music teacher and Eurydice as his wife who is annoyed by him. When Eurydice goes to hell, nothing could please her husband more! But public opinion compels Orpheus to reclaim his wife from Jupiter, the father of the gods. Bored with nectar and ambrosia, the whole family of gods joins Orpheus on his way to the underworld. In Offenbach's work, which is considered the first operetta in history, one can laugh about dreary marriages as well as about screwed-up gods and a party-addicted underworld.

This comedic masterpiece is directed by Spymonkey, UK's leading company for physical comedy. Orpheus in the Underworld marks the group's first production at an opera house. "Orpheus in the Underworld is a perfect fit for our comedic signature," says Toby Park, one of the artistic directors. "As a parody of antiquity and a travesty of myth, the play presents a world that everyone knows and intelligently turns it on its head. That's exactly how our performative language and form of comedy work too!" The Volksoper ensemble unleashes its true clown potential in this production.